Hello, I’m a research scientist (post-doc for short) in the Laboratory for Computational Science and Modeling (COSMO), led by Prof. Michele Ceriotti, at the École Polytechnique Fédérale de Lausanne (EPFL). I completed my PhD in the research group of Prof. Gábor Csányi at the Engineering Laboratory, University of Cambridge, and as part of the CDT CMM (Centre for doctoral training in computational methods for materials science). This site primarily exists to collect information about my past and present research projects as well as some past projects and writings I didn’t want to lose track of.

Other social media: Only if you know me personally.

2015 – 2018: PhD in the Department of Engineering, University of Cambridge. Supervisor: Prof. Gábor Csányi.

2014 – 2015: MPhil in Scientific Computing (with distinction) at the University of Cambridge. Thesis: “Locality of forces in molecular systems”, supervisor: Gábor Csányi

Code and supporting data is available online for all my recent research projects. If you can’t find the link in the relevant publication, drop me a line and I’ll be happy to help out.

I’ve also been involved in FIRST robotics since high school, programming robots and later mentoring a team of high school students in programming their own robots.

My current go-to for smallish programs is Python with NumPy, SciPy, Matplotlib, and Jupyter notebooks for interactive work and data analysis. I’m currently involved in the development of the group’s new code, librascal, for efficient calculation of atomic-scale representations with a C++ template-based core and a more user-friendly Python interface.

In the past, I’ve also contributed to the QUIP developer’s code for molecular simulation and machine learning, written in Fortran 95 with MPI/OpenMP parallelism and a deep Python interface (quippy) as well as an interface to the popular molecular simulation code LAMMPS. My previous projects have been done in C, C++, and Java; most of the robotics programming was in these languages and in LabVIEW.

I use LaTeX for documents and presentations, and would pick manually formatted text over Microsoft Word any day. 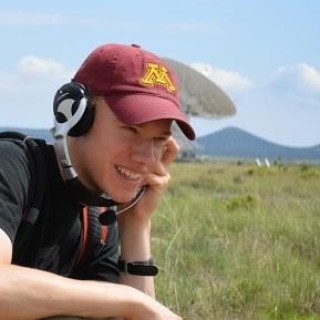 Gay German-American physicist and programmer, lived in several cities in Germany, the Twin Cities in Minnesota, and Cambridge, UK, now modelling materials with machine learning potentials at the EPFL in Lausanne, CH. pronoun.is/he

The text, images, and documents on this website are licensed under a Creative Commons Attribution-NonCommercial-NoDerivatives 4.0 International License, unless otherwise noted.